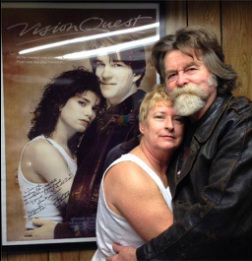 Terry and wife Deb strike a familiar pose.
...to author and screenwriter Terry Davis's website.  Best known for his award winning novel, VISION QUEST and its film adaptation starring Matthew Modine, Davis has been a writer and educator for more than 30 years.  Retired from teaching in the MFA program at Minnesota State University in Mankato, he now lives in Mankato with his wife, Deb Halverson Davis.  He continues to write works of traditional fiction, essays and screenplays, including an adaptation of WHALE TALK by his good friend Chris Crutcher. 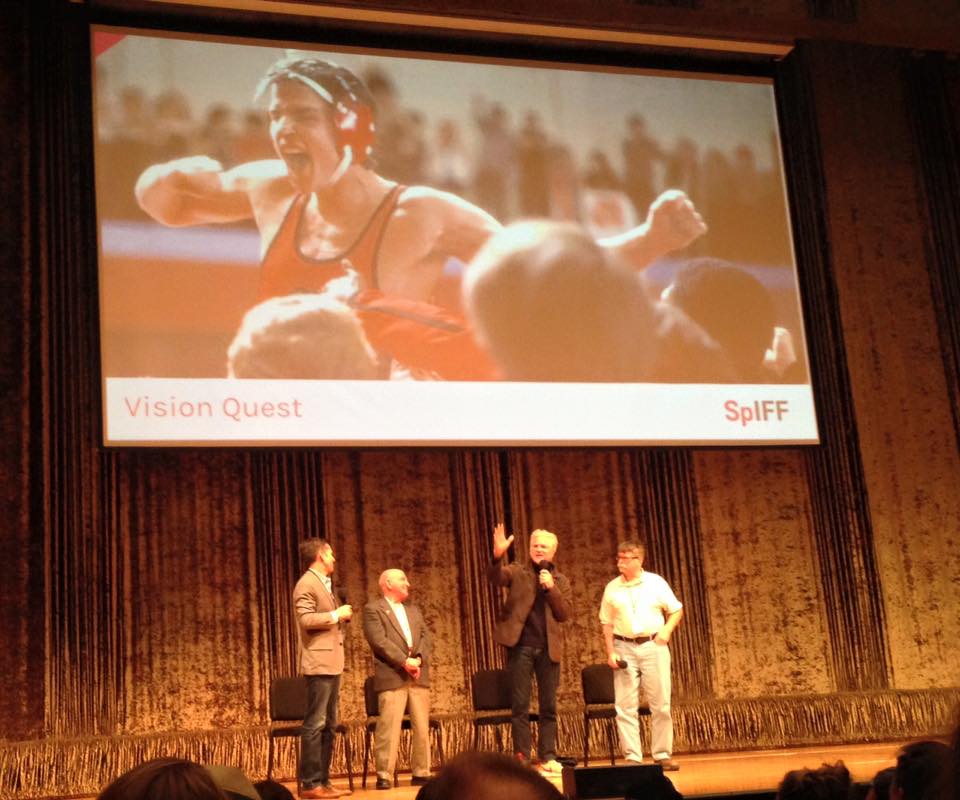 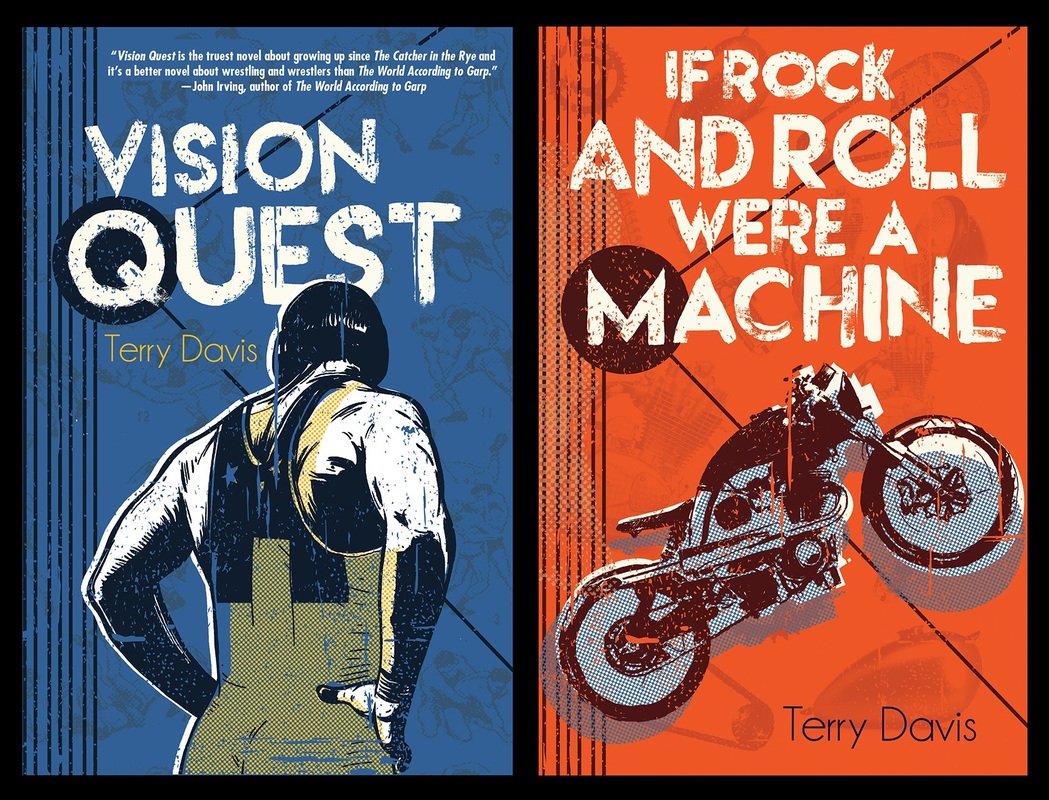 Legendary editor David Gale at Simon & Schuster joined forces with Terry Davis to republish his modern classic Young Adult novels, VISION QUEST and IF ROCK AND ROLL WERE A MACHINE.  Both books are available NOW from S&S in hardcover, paperback and e-book. 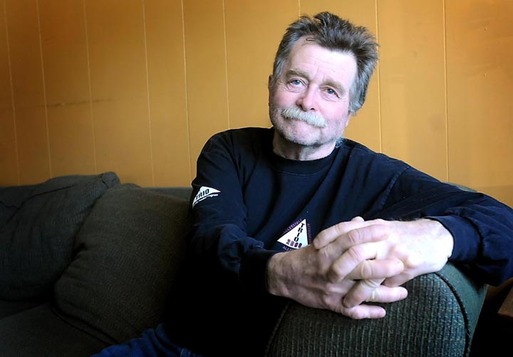 UPDATE:  In the spring of 2014 Terry Davis suffered another blow to the head and was rushed to the hospital.  Once again, he fought back and is now recovering in Spokane.  Without a doubt, Davis had nine lives. He may be down four or five now, but that leaves a few left to wander.

PREVIOUS ACCIDENT:  The facts are clear in this photo from the Mankato Free Press (by Pat Christman).  Terry Davis LIVES!

Released from St. Mary's Hospital, he is back in Mankato working hard to rehabilitate his body and his mind after a fall from a ladder threatened his life in January 2012.

For an update on his recovery and his state of mind, read the article by Robb Murray HERE.

To send Davis a get well wish, post on the Facebook page dedicated to just that end HERE.

To read about the Spokane Film Festival and actor Matthew Modine's tributes to Davis, click HERE. 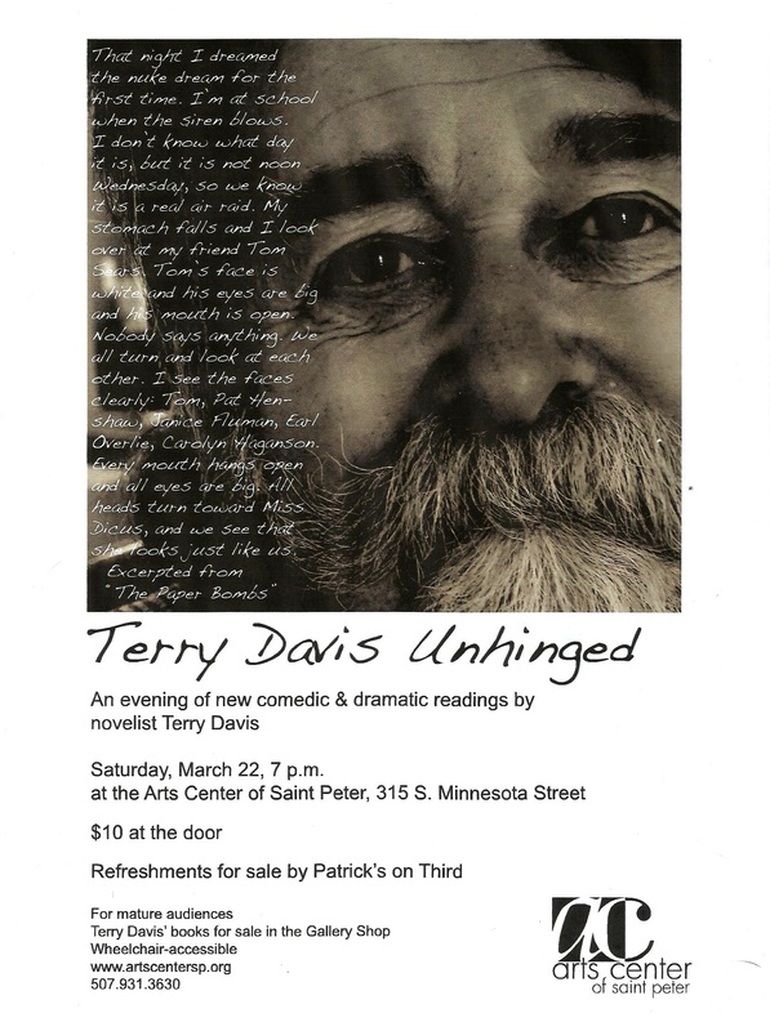